The Parishioners of Corpus Christi, Toronto

WAY OF THE CROSS LED BY HIS HOLINESS POPE FRANCIS COLOSSEUM ROME, 14 APRIL 2017

Replies to This Discussion

Permalink Reply by Corpus Christi Web Admin on April 15, 2017 at 14:36
Biblical scholar Anne-Marie Pelletier, became the first wife, mother and grandmother to author meditations for the papal Via Crucis at the Colosseum, delivered by Pope Francis which are posted above. It’s only the 4th time in history that a woman has written these meditations for a pope. All three previous women authors were religious. Some additional context here:
https://cruxnow.com/vatican/2017/04/11/via-crucis-french-womans-med...
You can view the video recording of the actual stations here:

Welcome to
The Parishioners of Corpus Christi, Toronto 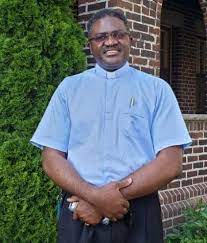 Parishioners wishing to avail of the additional content on this site may also apply to become members of this online community. Members are able to interact with each other and with ministries in a supportive environment. Membership is free. To join, please complete the  online registration process.

New parishioners, please be aware that registering as a member of this parishioner-run community site is not the same thing as parishioner registration - we ask that new parishioners formally register themselves by calling or visiting the office.

Effective May 28th 2016, this independent site has continued in its role as the parish community website run by and for parishioners on a volunteer basis. The Archdiocese of Toronto hosts the official parish site.

As a community site, this site is intended to serve the parish community in a way that complements the Archdiocesan site and not to replace it or compete with it.

We encourage you to use the official Archdiocesan site for the services it proffers. You will find it at corpuschristito.archtoronto.org